Deforestation has long been a prominent subject in the scientific and professional literature and, increasingly in recent years, the popular press. However, and at the risk of oversimplification, the focus with respect to deforestation has been and largely remains on circumstances outside of the US. With considerable justification, concern over deforestation has been largely focused on faraway places, particularly tropical rainforests such as the Brazilian Amazon and the forests of Indonesia. By no means am I suggesting that efforts to arrest and reverse deforestation in these regions of the world are misplaced or unworthy. Clearly, limiting further destruction of tropical rainforests, and restoring areas that have been deforested, is an ecological and moral imperative.

But I believe that it is now past time that the natural resources professions, government agencies, non-governmental organizations, and the general public view what is happening in the western US with stand-replacing wildfires of unprecedent size, intensity, and frequency as a new frontier of deforestation, no less consequential than its tropical counterparts. It is now largely beyond debate that the rising frequency and intensity of wildfires in the western US are a manifestation of climate change-induced (i.e., ongoing) drought patterns compounded by a century plus of aggressive and successful wildfire suppression and further complicated by seemingly inexorable “sub-urbanization” of wildlands.

Throughout the western United States, wildfires are increasing in frequency, size, and intensity. And from a human timeframe of reference, the largest and most intensive of these wildfires (of which there have been many with more to come) are resulting in loss of forest cover that can be effectively considered permanent. That is, we are in a period of time and circumstances where Western US wildfires are resulting in forest cover loss for which full recovery to pre-fire forest conditions may require centuries (i.e., de facto deforestation). And the effective permanence of wildfire-induced vegetative cover change is certainly not limited to one forest cover type or one jurisdiction. Throughout the vast expanse of conifer forest types west of the 100th Meridian, wildfire frequency, size, and intensity are inexorably increasing.

Clearly, there is an imperative for responsible parties to take necessary actions designed to arrest this pattern of wildfire-induced deforestation in Western North America. As forestland in the western US is predominantly owned and managed by the federal government and western states, it largely falls on the USDA Forest Service and state forestry agencies to take the lead in addressing what is an increasingly profound threat.

The challenge is to design and execute a course of action for which the cure is not worse than the disease.

Since the early 1900’s, western forestry agencies have been highly organized, committed, and successful in suppressing wildland fires. Until quite recently, the ethos was to extinguish all wildland fires as quickly as possible, ideally by 10:00 AM of the day following ignition. And in areas of the wildland-urban interface where human residential densities are substantial, it remains an imperative to suppress wildfire as expeditiously as possible. The legal, financial, and human life implications of doing otherwise could be highly consequential. Notwithstanding that necessity, it is now widely recognized within the forestry profession, other wildland science professions, and the general public that the resulting buildup of wildland forest fuels is centrally contributing to the size and intensity of wildfires. And since most western forests are ecologically classified as “fire adapted,” longstanding efforts to extinguish wildfires as rapidly as possible have adversely impacted their ecological health. Thus, prescribed fire remains an important tool in improving forest health, despite the challenges and risks, particularly for forests in the wildland-urban interface.

Prescribed fire is increasingly risky in the face of ongoing drought patterns throughout the West coupled with unnaturally high fuel loads, particularly younger/ smaller trees and brush in the understory. Due to ongoing drought conditions and a century’s worth of excessive forest fuel loads, the risks and incidences of prescribed fires unintentionally turning into uncontrolled wildfires are increasing. Some of the largest wildfires of the past decade are unfortunately attributable to prescribed fires that escaped containment. As this is being written, the largest wildfire in New Mexico’s recorded history (the Hermits Peak/Overflow Fire) remains uncontained and was caused by two escaped prescribed fires . In response, the USDA Forest Service has issued a nationwide moratorium on prescribed fires until further notice.

Further, the adverse impacts of even successful prescribed fire on air quality, with the stakes compounded by seemingly inexorable sub-urbanization that is placing more and more people in closer proximity to wood smoke, is of increasing concern. What are the human health impacts of air pollution from prescribed fires, particularly to the ever-expanding population of humans residing in the wildland-urban interface? Clearly, more research into the human health impacts of smoke from forest fires is needed. But it stands to reason that wildland smoke, particularly in the wildland-urban interface, is an increasing human health issue. That is, the near-term adverse human impacts of prescribed fire (i.e., polluted air) run counter to the intended benefits of reducing the likelihood of stand-replacing wildfire.

Given the growing challenges and risks of prescribed fire as a tool for returning western forests to better health, it is clear to this forester that manual reduction of tree densities (i.e., harvesting of trees and manually removing forest biomass) must also play a central role in reducing fuel loads and wildfire risks. But a large-scale initiative to reduce wildfire risks by harvesting trees is sure to be highly contentious, especially if the intent is to finance thinning projects through the harvest and sale of the most commercially valuable trees: the larger trees comprising the forest overstory . It is the forest understory that is in the most unnatural condition due to longstanding fire suppression and that should be the principal, if not exclusive, focus of thinning operations.

Financing forest thinning projects aimed at reducing wildfire risks through removal of unnatural buildup of understory biomass should be approached no differently than the financing of prescribed fire projects. That is, the economics of fuel reduction thinning projects need to be framed on the same basis as investments/ expenditures in prescribed fire projects: expenditures justified by avoiding and/or reducing costs associated with:

But the clear advantage of manual fuel reduction thinning projects is that they generally do not turn into unintended wildfires, though harvesting machinery can be a source of ignition.

Every year, billions of dollars are expended on suppressing western wildfires, with little to no expectation that the monies expended need to be financially justified on a cost versus benefit basis. The same mindset needs to be applied to manual wildfire risk reduction projects. Bottom line: the costs of manual thinning should be justified on the basis of avoided suppression costs as well as avoided ecological and human costs, with no expectation that such projects pay for themselves through the harvest and sale of merchantable trees.

Nonetheless, widescale implementation of forest thinning projects aimed at reducing the frequency, size, and intensity of western wildfires will likely be greeted with skepticism by environmental and public interest communities. The onus remains on forestland managers to make the case that expenditures in fuels reduction through thinning is justified by the costs, financial and non-financial, of wildfire that will be avoided or reduced.

In hopes of avoiding legal gridlock, federal and states agencies responsible for designing, financing, and conducting wildfire risk reduction thinning projects need to be thoroughly transparent and appropriately participatory with respect to parties of interest. These forestry agencies should consider the active involvement and third-party oversight of the two leading forest management certification programs active in the US: the Sustainable Forestry Initiative (SFI) and the Forest Stewardship Council (FSC). Employing their established methods for robust stakeholder consultation and elaboration of evaluation criteria, representatives of both SFI and FSC could jointly and collaboratively articulate criteria for monitoring the design and execution of wildfire risk reduction thinning projects.

Third-party involvement of entities such as SFI and FSC would hopefully provide assurance to all interested parties that appropriate and necessary actions are being taken to substantially reduce if not eliminate deforestation from climate change enhanced western wildfires.

What To Do with Biomass Thinned from Forests?

Simply leaving large quantities of thinned woody biomass on the forest floor is not appropriate as it runs counter to the objective of reducing the frequency and intensity of stand-replacing wildfires. But from an air quality and human health standpoint, relying principally on controlled burning, in situ, of large quantities of thinned biomass is likewise problematic. While leaving some thinned biomass on the forest floor to decay over time is appropriate, removing substantial quantities will likely be a necessity. Helpfully, two emerging global markets for woody biomass may provide an outlet for thinned material: wood pellets for energy generation and biochar used principally as a soil amendment or simply as a means for storing carbon underground. While there are strongly held views, pro and con, about the use of wood pellets for energy generation, the principal concern is that wood pellet markets can lead to short-sighted harvesting practices of live trees, practices that cause adverse impacts to the long-term health and productivity of forests from which pellet feedstock is sourced. If thinning operations in western forests are genuinely designed and implemented to reduce wildfire risks while maintaining and/or enhancing ecological health, the contentious debates over wood pellets for energy are hopefully made moot.

The more nascent and thus far smaller market for woody biomass as feedstock for biochar appears to avoid the bones of contention over wood pellets as feedstock for energy generation. However, biochar or any other use of woody biomass as marketable feedstock has the potential to generate controversy if the “tail wags the dog.” Oversight by third parties such as SFI and FSC as well as newer actors such as Puro.Earth (which focuses on responsible production of biochar) will be important players when and/or if an “all hands on deck” effort is undertaken to reduce the extent and intensity of stand-replacing wildfires in the western US through active management featuring widespread forest thinning operations.

That climate change compounded by a century plus of active and effective wildfire suppression, resulting in overly dense forest stands, is adversely impacting forests of the western US is beyond debate. The path forward must include reduction of stand densities. Given the climate-change magnified risks, adverse health impacts, and the risks of widespread use of prescribed fire to reduce stand densities, an effective strategy should not rely exclusively or perhaps even dominantly on that management tool. Clearly, the solution needs to include a campaign of manual thinning of overstocked forest stands, demonstrably designed and executed in a manner that puts forest health and public health above all other considerations.

If you enjoyed this article, be sure to SUBSCRIBE to be alerted whenever we publish new articles. 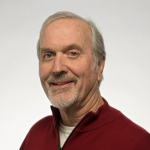 Robert J. Hrubes, PhD, is the Executive Vice-President, Emeritus of SCS Global Services. He is a registered professional forester and forest economist with over 45 years of professional experience in both private and public forest management issues.